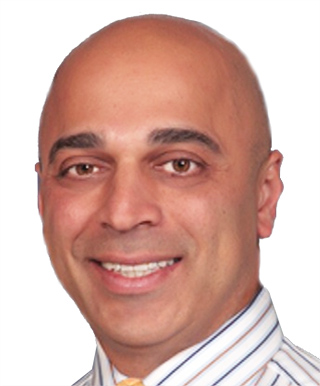 Dr. Broumand spent 2 years in private practice in Boca Raton, FL and 4 years in Daytona Beach, FL from 2006 to 2012 and regularly participates in medical rescue missions and relief efforts. While in private practice he was also involved in extensive repair of craniofacial congenital and acquired deformities of adults and children through several non-profit foundations “Mission Rescate” and “Operation Changing Lives” in the Dominican Republic and Haiti and other medically underserved areas.

After the devastating earthquake in Haiti in January 2010, Dr. Broumand closed his private practice on 2 occasions and chartered a private plane to the Dominican Republic and put together a group of 8 doctors for immediate emergency relief. Once in the DR they were forced to drive 12 hours to Port Au Prince from Santa Domingo along rough terrain. While in Haiti, Dr Broumand and his group worked out of the University of Miami tent hospital constructed by Project Medishare to provide relief effort.

Since the devastating earthquakes he has led two mission trips to Port Au Prince in 2010 and 2011, and in 2010 he was able to bring a young lady with a large Ossifying Fibroma of 15 years duration from Haiti to Daytona Beach, FL for medical and surgical treatment.

He was able to fund her entire travel and stay in the USA through his foundation, and Halifax Medical Center generously funded her entire surgery and hospital stay in exchange for the 50 years of service that his partners Dr.’s Phillip Fleuchaus and Richard Gaines had given the community.

The Patient, Ms. Lorrette Pierre, underwent surgical and dental rehabilitation and returned to Haiti, he was able to see her for follow-up during two of his yearly visits to the DR in 2012 and 2015 in which he accompanies dental students from the University of FL teaching them exodontia and oral surgery in rural areas of the Dominican Republic and Haiti.

He devotes most of his clinical practice to comprehensive treatment of trauma and tumor related facial reconstructive surgery, surgical correction of TMJ disorders and obstructive sleep apnea (OSA) and nerve injuries, orthognathic surgical correction of craniofacial deformities and placement of zygomatic dental implants and has also been involved in extensive clinical research involving Bisphosphonate Induced Osteonecrosis of the Jaws (BIONJ). He is involved in live patient surgery courses nationwide involving full arch dental implant rehabilitation and placement of zygomatic implants. He is on the medical staff at all three of the major medical centers in Phoenix including the Phoenix Childrens Hospital, Banner Medical Center and Honor Health Medical Centers and continues to fly back to FL to teach the dental students at his alma mater on a quarterly basis.