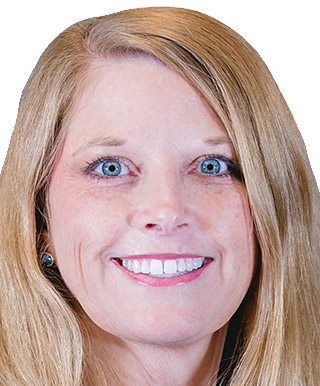 Dr. Berg is a Past President of the Oklahoma Dental Association serving in 2010-2011. Dr. Berg is active with OkMOM (Oklahoma Mission of Mercy). She served as chair of the event in 2011 in Oklahoma City.

She is the past president of the Oklahoma Association of Women Dentists serving as President twice (98-99 and 06-07). Dr. Berg received the Smiles for Success Leadership award in 2011. She has served as Chair of the ODA Governmental Affairs committee and served on the Oklahoma Dental Foundation Board, ODA Rewards Committee, Denpac Committee and JD Robertson Board of Trustees. Dr. Berg also chaired one of the task force committees on the rewrite of the state dental act. Tamara has been a delegate of Oklahoma County dental society since 1998 serving as President of the County during 2003-2004. She received the Richard T Oliver Award in 2014, Robert K Wynne Award in 2012, ODA Presidential Leadership Award in 2010, Young Dentist of the Year Award in 2000 and Thomas Jefferson Citizenship Award in 2003 from the ODA. Dr. Berg is member of the American College of Dentists, International College of Dentists and Pierre Fauchard Academy. Dr. Berg has also served on the Admissions Committee at the OU College of Dentistry. Dr. Berg was named the OU College of Dentistry outstanding Alumnus in 2014.

Dr. Berg maintains a general dentistry practice in Yukon, Oklahoma where she resides with husband Lowell and two sons Karsten (21) and Clayton (15). Her oldest son is in college now and playing division 2 basketball. While Clayton is a swimmer and swims for Yukon High School. Dr. Berg enjoys scrapbooking and keeping up with two athletic boys.