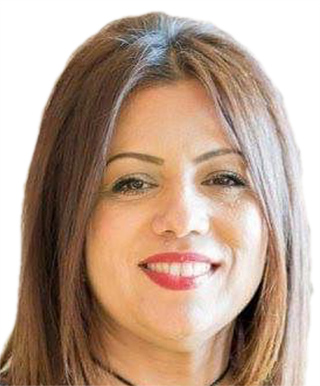 She Has her master degree in maxillofacial surgery 2001.

Dr. Nahawand Thabet is practicing dentistry in her own dental clinic in Cairo, Egypt since 2000.

She has involved in many associations inside and out side Egypt to increase the awareness of oral health, to lead the world to optimum oral health.

She did a lot of campaign In many cities in Egypt about 90% all over Egypt, many universities, schools, nurseries, hospitals and orphans houses to educated people how to brush their teeth and how is the importance of their oral health to general health.

She support the women dentists all over the world to become a leaders through the FDI women dentists world wide section as She is a board member since 2016.

She was Elected in San Francisco in FDI world dental congress as a council member Representing Africa.

As I am the first Egyptian dentist represented in an international association like the biggest one FDI which represent one million dentists all over the world.

She believes that Africa has many dentists should be expose to the world either women or men.

She is a Speaker in her field in many national and international dental Congress especially the cosmetic field where she believes to change the-psychological aspect of the patients.

Envoloved in many international congress in Egypt as a head of Scientific committee like the first AEEDC Education Cairo conference the first addition of AEEDC conference.

She believes in this quote:
“Success isn’t about how much money you make, it’s about the difference you make in people’s lives”.