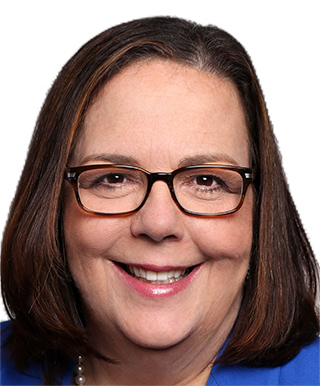 Dr. Maxine Feinberg, a Cranford, New Jersey periodontist, was the third women to serve as President of the American Dental Association.

Dr. Feinberg was the Fourth District Trustee to the ADA Board of Trustees and was the first women to serve as President of the New Jersey Dental Association. She served as a delegate in both the ADA and New Jersey Dental Association House of Delegates. Dr Feinberg was appointed to the New Jersey State Board of Dentistry where she served for 10 years, one term as President. She presently serves as an examiner for the Commission on Dental Competency Assessment.

While on the ADA Board she was the Liaison to the Council on Access, Prevention and Interprofessional Relations, Commission on Dental Accreditation, Council on Dental Benefit Programs. She Chaired the ADA Task Force on Student Debt. She served for eight years as a Delegate to the FDI World Dental Congress where she has had an opportunity meet and learn from women dentists all over the world. Recently Dr. Feinberg was nominated to serve as a Commissioner on CODA to represent the American Association of Dental Boards. She is an attending at Jersey Shore/ Meridian Hospital Residency program.

She initiated the New Jersey Give Kids A Smile campaign in 2002 and 2003 and was chair of the ADA Council on Members Insurance and Retirement Plans in 2007 and 2008. She was a recipient of NJDA’s Distinguished Service Award and Give Kids A Smile Pioneer Award.

She was the 2017 recipient of the American Association of Women Dentists Lucy Hobbs Taylor Award, its highest honor. Presently she sits on the Boards of the N.J. Donated Dental Service/Dental Lifeline Network and the Gillette Hayden Memorial Foundation of the AAWD.