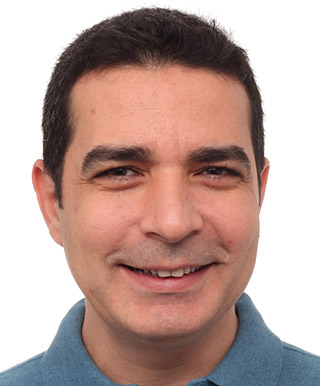 Dr. Bilhan, had received his DDS in 1993 from the Hacettepe University (Ankara, Turkey), followed by a post-graduate certificate study in Oral Surgery and Implantology at the Karl-Franzens University of Graz, Austria.

He earned his Dr.med.dent. in 1996 after a 2-year stay at the Department of Oral and Maxillofacial Surgery of Zurich University in Switzerland, his PhD degree in Prosthodontics in 2004 at the Istanbul University.

Dr. Bilhan, who became Associate Professor in 2012 at Istanbul University and was the founder and chair of the Department of Prosthodontics in Okan University School of Dentistry between 2014 and 2017, has published several book chapters and numerous scientific papers in peer-reviewed international journals. He gave myriad presentations at national or international conferences, and his fields of interest are mainly removable implant prosthodontics, edentulism, periodontology, implantology and gerodontology.

Presently he is senior consultant and associate professor in the department of Periodontology at Witten/Herdecke University, Germany.