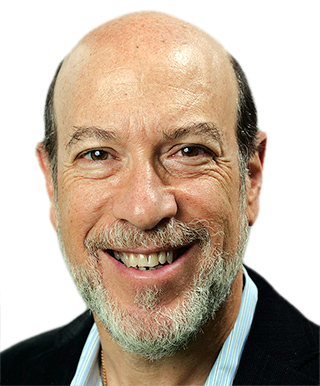 Dr. Zuckerberg practiced general dentistry in Dobbs Ferry and Brooklyn, New York, for 34 years before moving to California in 2013, where he now practices part time. He lectures nationally and internationally on social media marketing, online reputation management, and technology integration for dentists. He also consults with startup companies in the dental/medical fields and has authored articles for Dentaltown and Compendium on continuing education in dentistry. He also wrote the chapter on social media in the ADA’s Practical Guide to Internet Marketing and the chapter on aesthetics and dental marketing in Elsevier’s third edition of Esthetic Dentistry.

Very early in my career, I realized that dental phobia prevented many people from getting the care they needed—and me from getting my treatment plans accepted. I was fortunate to have my wife Karen, a psychiatrist, partner with me in my practice in our home, and together we developed techniques for dealing with phobic patients and an environment conducive to caring for them effectively.

Through a quirky, fish-themed office, complete with a 300-gallon, in-the-operatory-wall aquarium, as well as fish photographs, mobiles, shells, painted artwork, and the utilization of the latest technologies, our patients came to call me Painless Dr. Z. The name stuck, becoming my brand as well as the name for my second dental career in promoting painless social media. I was an early technology adopter, with computers in the office in 1985, which were fully networked in 1995 with other operatory and personal computers in my home-based office.

Indeed, my son, Mark, 11 at the time, was given the perfect environment to thrive with his precocious computer skills, having access to broadband and learning to make computers talk to each other while his peers struggled mostly with single-computer homes and dial-up internet access with AOL. This, of course, helped launch him into his passion and, in 2004, he produced Facebook while at Harvard for his undergraduate work.

Other technologies I introduced early to my office and patients, included having intraoral cameras in the late 1980s, air abrasion in the early 1990s, digital radiography in 1998, and a conversion to a paperless office in 2005. In 2008, I first offered same day CAD/CAM dentistry to my patients. Dr. Howard Farran invited me to write articles for Dentaltown in 2010 on Facebook. Later, I wrote about technology integration in the dental office, and my second career as a consultant and educator was launched, just in time for the birth of my first grandchild in 2011, which precipitated the sale of my home/office in New York and subsequent move to California.

Currently, I practice minimally but love to travel to speak at conventions, study clubs, and elsewhere and share my knowledge and expertise with my colleagues on the best ways to utilize social media to market their practices and protect their online reputation. In addition, my unique skillset of 40 years as a practicing dentist and an intimate knowledge of dental technology has made me a sought-after advisor for startups looking for advice, networking, and funding for their ideas. My wife and I now have seven grandchildren, and three of our four children are here in California, with one child and two grandchildren back in New York.